Photo by David Phillips. Visit www.music-images.co.uk for more stunning photos of drummers and their kits in his two books ‘From the Riser’ and ‘A Drummers Perspective’.

Daisy started her career as part of the Kingston Youth Concert Band, in Greater London. Moving to the percussion section from the trumpet 4 stand she quickly took to the Kit, Timpani, Tuned and Auxiliary percussion with keen enthusiasm. Daisy then became drummer in the Kingston Youth Big Band, opening up opportunities to start projects with other London musicians. These ranged stylistically from soul and jazz to indie and metal, helping Daisy to diversify and develop the musical versatility for which she is known today.

During a 3 year BA hons degree at Bristol University, Daisy Palmer started playing with well-known artists on the Bristol and U.K. music scene including Pee Wee Ellis, Andy Sheppard, Get The Blessing, Adrian Utley and New Orleans singer Lillian Boutte. She also formed her own band Chairfight which led to the foundations of her project Mesadorm. In 2010, she joined Goldfrapp for the ‘Head First’ World Tour and moved back to London during 2012. There she was a founder member of the band Feverist which led to a collaboration with composer Martin Phipps writing the soundtrack to Series 1 of Peaky Blinders. Since then she has toured and/or recorded with Paloma Faith, Rae Morris, MIKA, Barry Adamson, Hannah Peel, Beth Gibbons, John Metcalfe, Beth Orton, Pepe Belmonte and Bellatrix.

As well as continuing to work with Paloma Faith in 2020, Daisy is also running a label ‘Babylegs Records’, a collective imprint founded in 2017 working with promising left-field artists within the industry. Daisy’s other focus for this year will working on the debut album with Feverist, working on new music for the Peaky Blinders Video Game, writing and recording Mesadorm’s second album and touring with 3 Beat Records Artist Jetta.

Daisy Palmer used exclusively Gretsch drums on ‘The Architect’ tour with Paloma Faith 2017/2018. ‘The Architect’ charted at number 1 on release in November 2017 and has since gone platinum. Daisy particularly favours the BroadKaster as it offers enough vintage sensibilities and versatility for playing a wide range of musical styles within the Paloma Faith show.

There is also the opportunity for a deserving local player every month to join the clinic via an open audition held a few weeks before. So whether you are a student, amateur or playing regularly in a band and would like the chance of playing with some of the country’s leading drummers, please fill in the form on the ‘Apply to Play’ page. 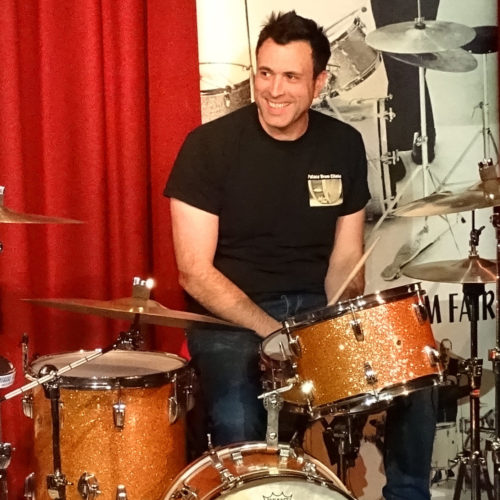 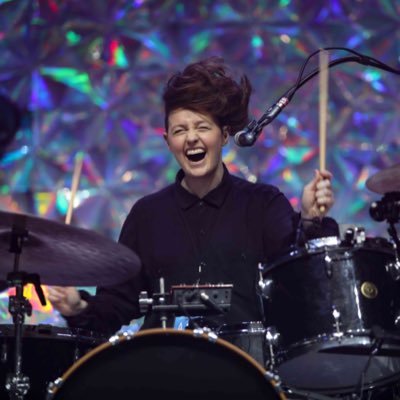 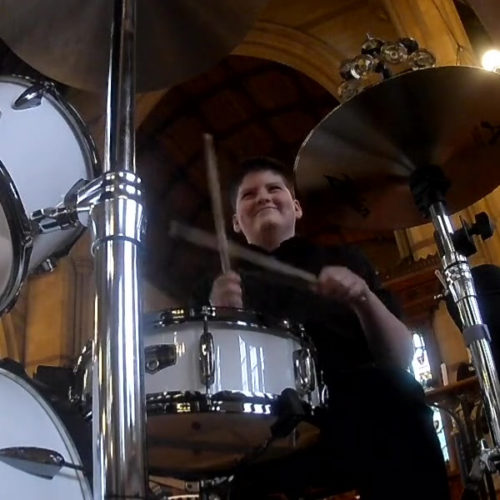